Many people play games online games with the sole purpose to win the game. A good online game (ranked matchmaking) is challenging and if made correctly you will win around fifty percent of the games. Play for enjoyment and you always win.

I am I big fan of the game League of Legends, a game that tracks your skill level with a rating system to rank you. Using this rank system you face opponents that will challenge you, if this was not the case you would get bored of winning.

It might be argued that it is more fun to play a game that you are winning, and that might be the case. But in this example your skill level is being processed by the servers and matched accordingly – so that you do not always win.

So if you only have fun when you win, you are not going to have fun half the games you play? Instead of playing for the sole purpose of winning, play for entertainment, personal progression and mastering the game.

The better you get at a game, the more enjoyment you get out of it. Of course as you get better you will be matched with better opponents, and you might win a few more for a while  – but eventually you will win half the time again. 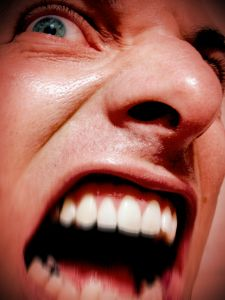 When you are playing a game that you are losing, are you not entertained? I myself sometimes refuse to give up, I will fight until the defeat screen pops up. In some cases you are able to turn the game around when no one thought it possible.

When you know for sure that you cannot win, spend your time learning. Play for the personal progression. Explore possibilities that you have not been able to try, work on areas you might not perform excellent. Is there something you could be better at in the game?

If you lose the game, it does not matter if you are furious or not. Think about what you learned through the process of losing, maybe you discovered a technique or a combination that you perfected throughout the game.

There is definitely something you have learned or realized, even if you played poorly – then you might have to think about what decisions you made during the game.

I do not believe this is something that everyone does, and it might not even come naturally – it might take time to learn to enjoy the games that you are losing.

But when you eventually do, you get much (much) more out of the game you are playing. Neither will you get as upset when you face an opponent that is better than you – maybe you can even learn a thing or two from your opponent and improve yourself.

This site uses Akismet to reduce spam. Learn how your comment data is processed.